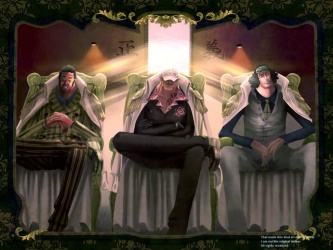 power up is coming

power up is coming

About time to be honest. Too much talking, not enough fighting.

Many of you could already tell, but,…. Breaker 2 is coming to an end. Breaker part 2 will end with chapter 200. Also, there will be a final epilogue of 1 part. Just part 1 [of Breaker] took 3 years… and part 2 took 5 years… I feel both relieved and disappointed.

Together with Archlord, we’ve been working non-stop without a break for 10 years.

Then… there are many readers who are wondering when Breaker, part 3, will enter serialization, but… we are expecting to not begin serialization for a little while. We will rest for a couple of months and then expect to start on a new work together with serializations that have piled up.

The plan is to produce a work that, perhaps, forgoes the traditional page-view style and introduces the webtoon style with colour. Our apologies to those waiting for part 3, but… 8 years… was quite a long time… we really want to produce something new and maybe we’ll produce a new novella with the author Jeon Keuk-jin.

Also, after taking care of this week’s chapter 199’s deadline, and depending on the number of pages, we will rest next week for one week and chapter 200 is expected to go up on May 1st.

Back to Σειρές Manga
Reply to quoted posts     Clear